When it was first launched on 13th October 2020, Oculus Quest 2 received plenty of attention from consumers. By the end of December, Facebook had to put on the sold-out sign and released a statement saying that further deliveries weren’t possible until January 2021. Since then, Oculus Quest has been made available to both consumers and business enterprises.

Oculus Quest 2 focus on Enterprise VR proved to be a game-changer for business. With Oculus Quest 2’s business platform, enterprises have a lot to gain. They can improve the learning experience and increase consumer engagement. They can also offer a better opportunity for advertising and marketing, leading towards a shared goal of increased business performance. By actively implementing their VR and AR marketing strategies, they can reach a technologically advanced list of potential customers. It creates a strong brand presence leading to more opportunities.

What does Oculus Quest 2 Bring to the table? 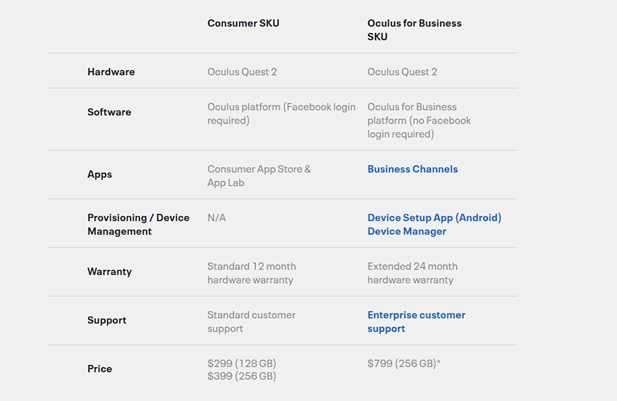 Facebook has provided a great deal of improvement on the display of Oculus Quest. It is a step up from the previous Oculus as the Oculus Quest 2 now has a resolution of 1832×1920 per eye. Two months after its launch, Facebook released native 90hz support with its v23 update. Since the v23 update, the system has been updated for an ultra-smooth 90HZ refresh rate that translates well across your VR home environments, browser, Oculus Tv, store, and Explore with the experimental features.

The previous headset was equipped with a Snapdragon 835. The processor markedly boosted the Oculus Quest 2’s performance. Paired with 6GB RAM, it ensures smooth performance. When it was first launched, Oculus Quest 2 offered only 64GB storage, which has since been upgraded to 128 GB and 256 GB for consumer headsets. The high-priced enterprise edition also has a storage space of 256 GB.

The Oculus Insight inside-out tracking does a superb job at tracking your hands and head. In earlier model’s, such as Quest Hand-tracking, was a beta feature. But since then it has been brought to the forefront. It can be used to navigate the Oculus Quest 2’s menu. However, in some instances, you have to use the controllers. For example, when you want to launch streaming services such as Oculus TV or Youtube VR. The Head tracking, on the other hand, is extremely accurate. The four cameras work perfectly with the internal sensors offering freedom to move without any hindrance. It is referred to as six degrees of freedom or 6DOF for short.

We have already seen how Oculus Quest 2 has been an improvement on the earlier version. The accurate motion tracking, Smooth display, and high-powered processor are three of the many advantages to the Enterprise VR. In addition to these fabulous features, Oculus Quest 2 also supports PC tethering with cables included in the box, which allows users to connect a powerful PC that offers the best advanced VR experience. At an additional price of 5800.90 Indian Rupees or 79 USD, you can purchase the Oculus Link cable and software that unlocks this powerful feature. 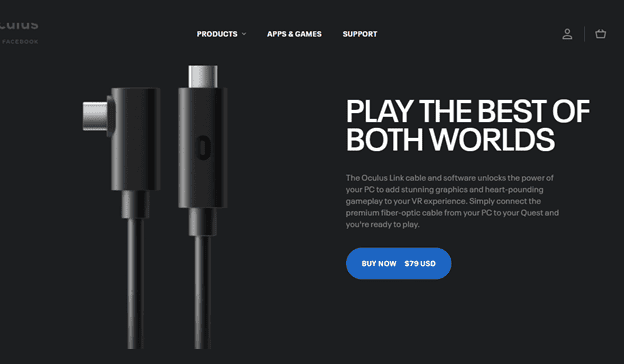 Oculus Quest 2 is by far one of the most advanced headsets in the market. With its v23 upgrade and business support, it has enriched its VR experience. It allows enterprise users to utilise a highly advanced tool, allowing employees to gain better insights and learn quicker. It has also reduced motion sickness, and it is a bit lighter compared to the older variants.

Facebook has built a business platform for the use of Oculus Hardware. But the Oculus headset, priced at 21966.99 Indian Rupees (299 USD), doesn’t work with the business platform. To gain access to this cheaper headset, entrepreneurs will have to tie up their Facebook account. It is a major deal-breaker for most.

The solution is to get the Oculus Quest 2 headset on the Oculus for a business platform that allows business enterprises to purchase it for 58701.09 Indian Rupees (799 USD).

With the purchase, the enterprise users can get access to Facebook’s Workplace solution, a secure enterprise environment for collaboration and communication. It also has proactive 24/7 threat monitoring systems which allow the business to maintain their privacy. 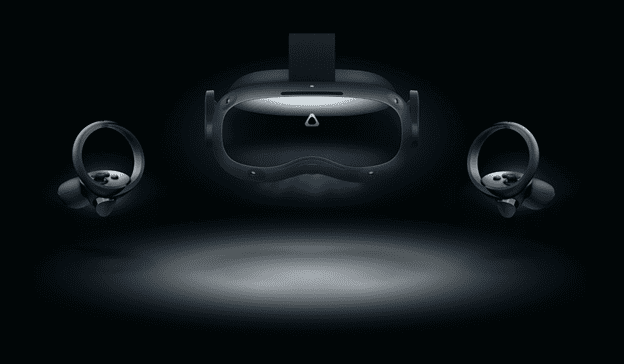 HTC Vive Focus 3 has been specifically designed for enterprise, with features to match. Priced at 95438.92 Indian Rupees (1300 USD), it focuses on high-end business. Although it has a steep price, it more than makes up for it with its features. It provides a sharper display with a resolution of 2448×2448 per eye. It also has a larger field of view up to 200˚. With a refresh rate of 90 Hz, it is going head to head with the Oculus Quest 2 for Enterprise benefits. 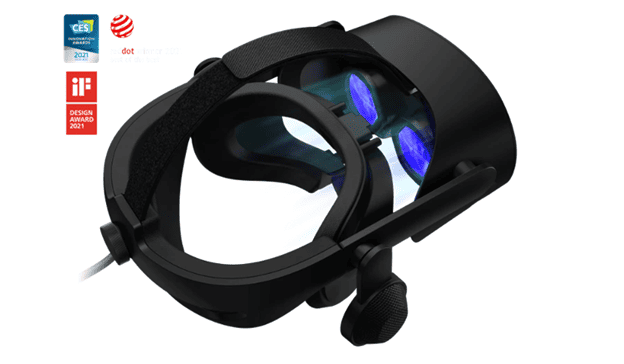 The Reverb g2 Omnicept has a higher resolution and beats about every headset mentioned except the HTC Vive focus. At 2160 x 2160 pixels per eye and 90Hz refresh rate, it has a very sharp display. With Omnicept, users can see up to 114 degrees while wearing the headset. It is set at a high price of 91711.01 Indian rupees (1249 USD). 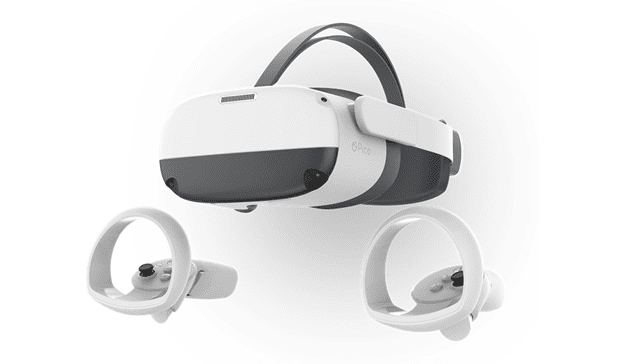 Pico Interactive, a Chinese VR hardware startup, is set to join the VR headset enterprise market with the launch of Neo 3 pro and Pro Eye in the 3rd quarter of 2021. Priced almost at the same level as the Oculus Quest 2, this headset is also powered by Qualcomm’s Snapdragon XR2 Processor. Its display is also said to be a match for Oculus quest 2. When launched, Neo 3 Pro will cost 51335.61 Indian Rupees (699 dollars and Neo 3 Pro Eye with the eye-tracking feature will cost 66023.91 (899), higher than the current Oculus Quest 2 price.

Oculus Quest 2 is one of the best headsets for enterprises on a budget. With its advanced features, it seems a lot more affordable than several we have seen so far. Although the HTC Vive Focus 3 has more to offer, it is priced very high. That makes Oculus Quest 2 a preferable choice. We have seen the impact it has already had on the headset market. It has led to a revolution of Enterprise VR focused Headsets that will change the way of employee training in future.

While it remains true that these are the best possible VR headsets for enterprises, let’s not turn away from the headsets that started it all, Oculus Rift, Oculus Go, and HTC Vive, the three most used Enterprise VR of the time. These are still available for purchase on the reseller websites. If you haven’t yet experienced Vr with these, you can take them for a spin by renting them.